The Perfect Patchwork Primer by Beth Gutcheon was first published in 1973. Its as old as I am!


Written before the time of rotary cutters, computers and companies dedicated to printing 'quilting fabrics'. I forgot what a great read it was, not only that its a great reference. Partly because it covers how blocks were constructed before the advent of the concept of 'straight seaming'. Where shapes were cut and pieced whole with set in seams rather than in 2 or 3 parts to achieve straight seams for a sewing machine.


But the thing I like most about it is Beth's take on things. Known more now as a fiction writer, her first 2 books were quilting books, her second being the The Quilt Design Workbook. Both considered classic texts in the field.

It has some really refreshing snippets in it. Ones that still 'ground' me when i'm being a bit hard on myself or when I hear some of my customers frustrations that they feel they can't put something together the 'right way', being it colour, design or skill.

So I would like to share with you some of Beth's wisdom... (hold onto your rotary cutters people....)

"Each piece of patchwork is cut out separately, using care and very sharp scissors..."

"Tearing the fabric is the most desirable alternative because it saves you the rather annoying task of measuring and drawing..."

"Don't worry about pruning the dangling threads close to the material; they'll all be inside the quilt and won't matter..."

"...when one unit is much larger larger than the one its supposed to match, you may even have to sew in some puckers, but with puffy batting behind it puckering isn't nearly as obvious...."

"...you can take a few liberties with the straightness of the seam."

"A pucker is better than a hole, and if you press the bejesus out if it, once the batting and quilting are added you'll hardly know the difference."

Thanks Beth. I feel a whole lot better. Now, where are my scissors.... 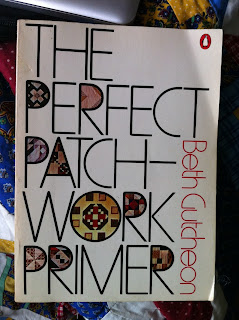 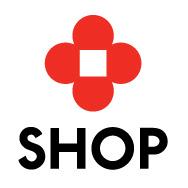